2007 / 2009
ENRICH (European Networking Resources and Information concerning Cultural Heritage.)  is a project funded under eContent+ programme. Main aim of the project is to create seamless access to distributed information about manuscripts and rare old printed books in Europe on the Manuscriptorium platform.

Manuscriptorium is the digital library that – at the beginning of ENRICH – contained data of 47 partners from the Czech Republic and abroad. It is the largest digital library of manuscripts in Europe offering access to more than one million digitized pages and a lot of descriptive data.

ENRICH will enhance the Manuscriptorium content through connecting additional digital libraries and taking aboard those who do not have them. To achieve this goal, many existing technologies will be optimized and new ones developed.

ENRICH started on 1 December 2007 and it will last until 30 November 2009. During this time, it should add to Manuscriptorium more than five million digitized pages from direct ENRICH partner institutions and hundreds of thousands of additional pages from other associated partners. 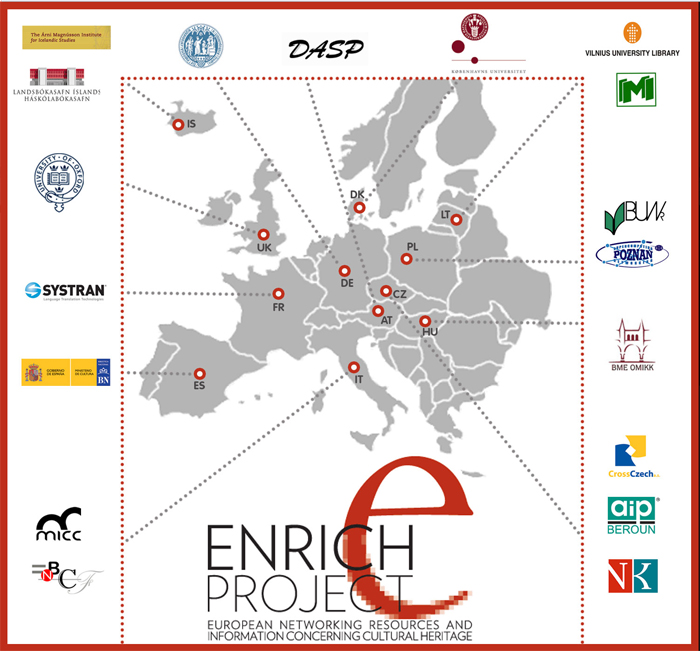